As we embark upon a new series this autumn entitled Kingdom Builders it is helpful to look at exactly what the Bible means by â€˜kingdomâ€™ and in what sense we, as believers today, â€˜buildâ€™ that kingdom.

Whereas Jesus (and the apostles in Acts) spoke predominantly about the kingdom and very little about church, our emphasis as 21st century evangelicals tends to be more on the latter.

The worldwide church does seem more tangible and measurable than the metaphor of the kingdom, but perhaps our language needs to be more kingdom-orientated.

of heavenâ€™) is central to Jesusâ€™ teaching and found in 61 of his sayings in the synoptic gospels – more frequent than any other single theme such as repentance, faith or the fatherhood of God.

But what did Jesus mean, and what did his hearers understand by the term?

Church history in the last 120 years has swung from understanding Godâ€™s kingdom as the future catastrophic intervention of God, imminently coming to rule (the writings of Albert Schweitzer) to the already-present rule and reign of God (C.H. Doddâ€™s famous Parables of the Kingdom in 1935).

Indeed, it is hard to escape the reality that Godâ€™s kingdom is already here (Mk 1:15, 2:18-22) â€“ Jesus came, he performed miracles, he rose from the dead and billions around the world today follow him.

Yet at the same time the fully-realised kingdom is future (Mt. 25:31) â€“ the final judgement and new heavens and new earth are clearly not here yet.

Consequently, many theologians have tried to relate these two extremes of a future decisive inbreaking of Godâ€™s reign and a kingdom already arrived in Jesus, by seeing Jesusâ€™ ministry as the first instalment of a potentially imminent apocalyptic end.

So we live today in a â€˜now-and-not-yetâ€™ kingdom.Â  If God is our king then we are already a part of it, but there is scope for Godâ€™s kingdom to grow (Mk 4:26-29), for more people to experience Godâ€™s life and salvation as subjects of his kingdom.

In other words, now is the time to be kingdom builders.Â  Whilst the New Testament tends to use verbs like â€˜proclaimâ€™, â€˜receiveâ€™ and â€˜enterâ€™ the kingdom, and whilst building can imply a physical area or geographical entity, the idea of â€˜buildingâ€™ Godâ€™s kingdom is a most appropriate picture for us.

It is not building up Cambray (we do not do things for â€˜the churchâ€™s sakeâ€™) and it is not building personal empires (our own Cambray spheres of influence we control).Â  But rather it is demonstrating, experiencing and proclaiming Godâ€™s kingdom through our lives, our actions and our evangelism.

Please join with the leadership in strategically orientating Cambray to build the kingdom now, and in praying for Godâ€™s kingdom to come. 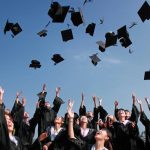 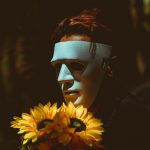 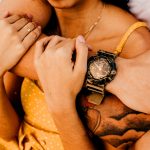 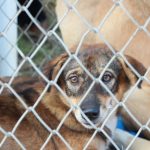